Goldeneye Winery was founded in 1996, years before the Pinot Noir boom that has reshaped the landscape of California winemaking. But the genesis for Goldeneye goes back even further. In 1990, after fifteen years of making world-class Bordeaux-varietal wines, Dan and Margaret Duckhorn embraced their growing love of Pinot Noir. Their vision for Goldeneye was simple, though not easy. They wanted to found a winery that could make a terroir-inspired expression of California Pinot Noir of equal stature to the acclaimed Merlots they had pioneered at Duckhorn Vineyards in Napa Valley. For Pinot Noir, the Duckhorns believed that true greatness would be found on the cool-climate edges of modern California viticulture and found what they were looking for in the Anderson Valley.

With ideal clay soils and a marine-influenced climate offering long, mild days and cooling fog and winds, the Anderson Valley appellation had all the ingredients for producing world-class Pinot Noir. In 1996, Goldeneye was founded and the first estate vineyard was selected. Goldeneye's early efforts quickly began to establish new standards of viticultural excellence and winemaking quality for the Anderson Valley. And while these early wines met with acclaim, they were nonetheless thoughtful works in progress. In the years since, this progress has been shaped by new estate vineyards, new plantings of elite clones, the adoption of the most rigorous farming practices and constant winemaking refinements. Today, Goldeneye features the appellation’s preeminent Pinot Noir estate program, which spans the valley and includes three estate vineyards and more than 200 vine acres and more than 20 distinctive clones. Under the Goldeneye team’s stewardship, these vineyards were some of the first in California to achieve sustainable certification through the California Sustainable Winegrowing Alliance.

To properly handle these exceptional grapes, Goldeneye designed and built a state-of-the-art Pinot-focused winery, which is one of only three wineries in California to have earned the coveted LEED Gold environmental certification. These advancements and investments have helped to elevate the perception of Anderson Valley to the pinnacle of New World winegrowing regions, while earning Goldeneye a reputation as one of California’s greatest Pinot Noir producers. 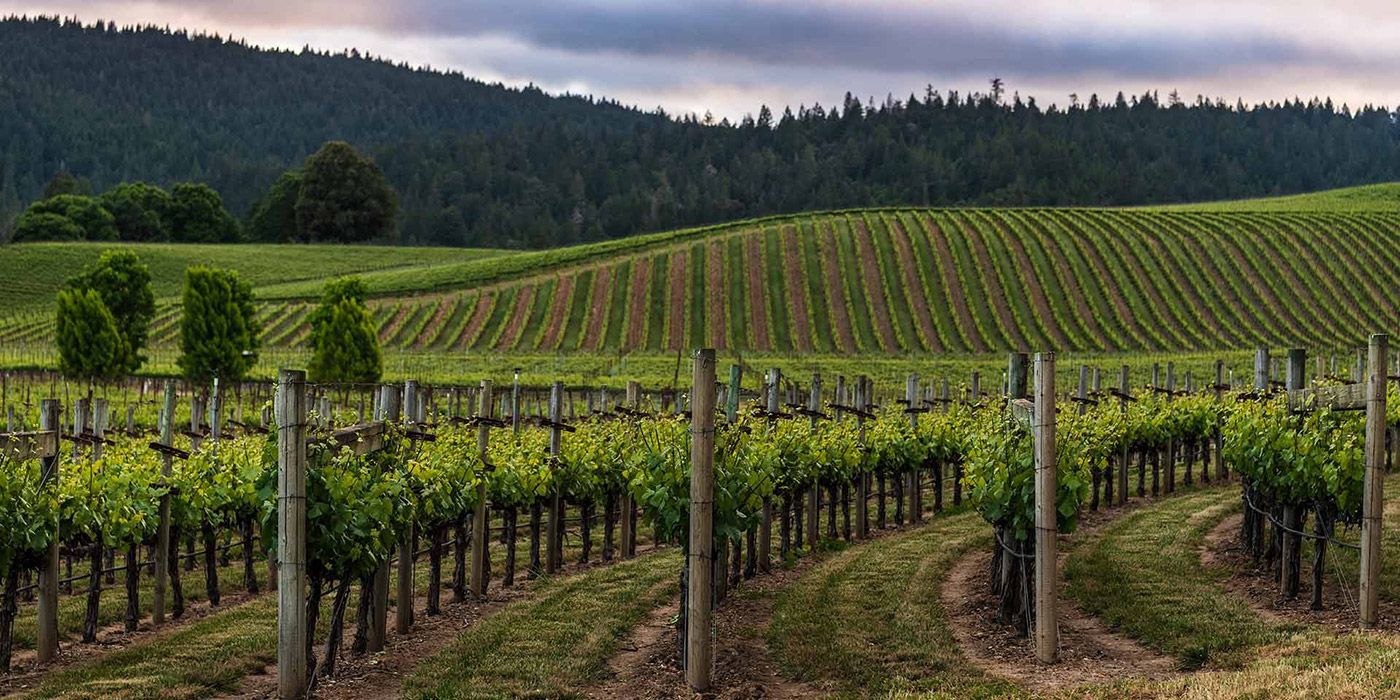 Goldeneye proudly recognizes that their Goldeneye winery has earned the Leadership in Energy and Environmental Design (LEED®) Gold certification from the U.S. Green Building Council®. After working towards this goal for many years, Goldeneye is one of only three wineries in California to earn this distinction. This honor is a testament to the thoughtful relationship they have built with Anderson Valley, and their commitment to making ever-better wines from its grapes. Goldeneye is fully committed to continuing their efforts of sustainable winegrowing.