See The Debate Wines
The Debate 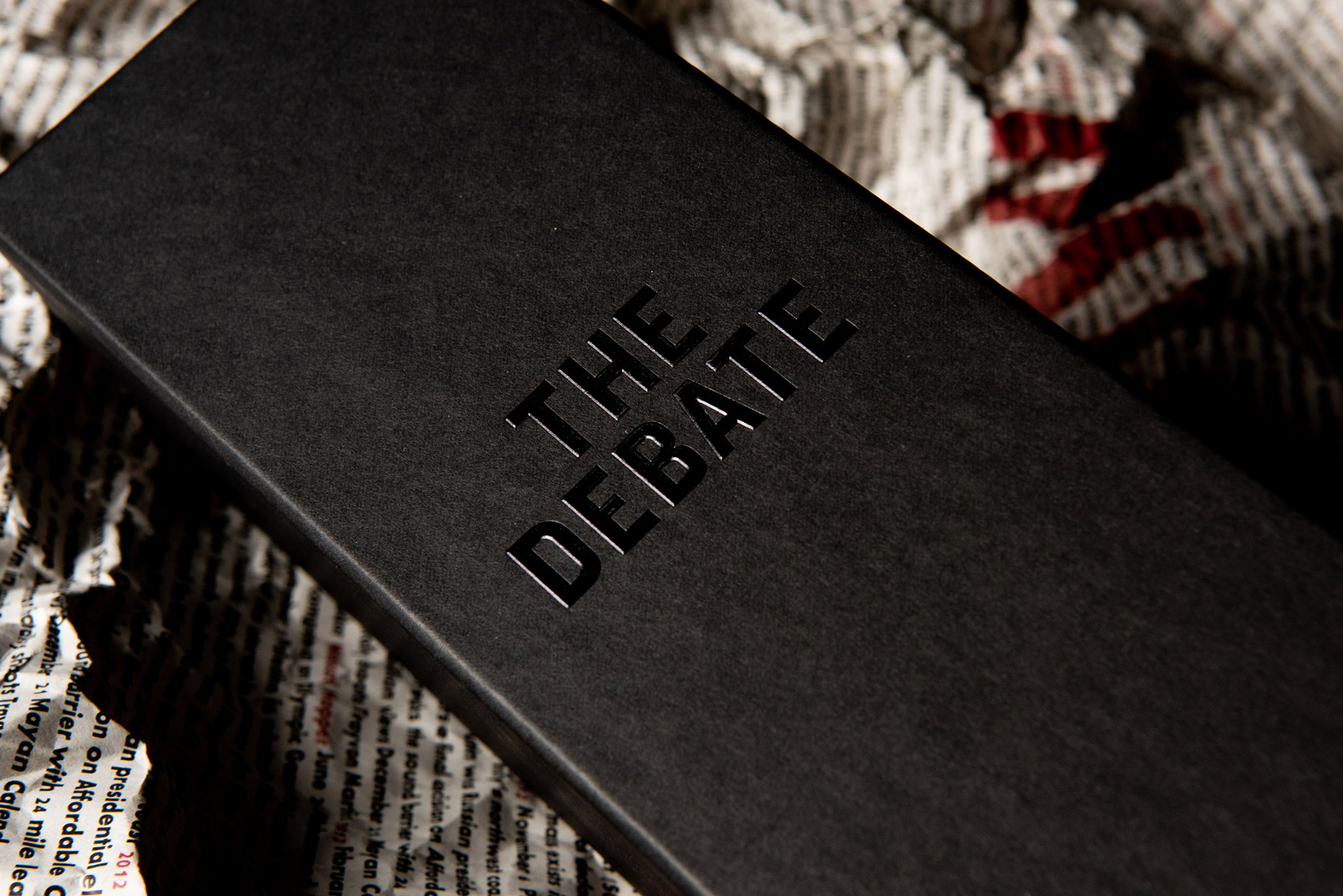 Wines, like people, are a reflection of their origin and evolution. The Debate began in 2010 when two friends brought their unique perspectives together to create thought provoking and delicious wines that extend beyond the sense of taste to the thrill of telling stories and the art of listening. By selecting three different vineyards with three different expressions of Napa Valley Cabernet Sauvignon and Cabernet Franc, the Debate seeks to point out the diversity of terroir as well as the diversity of people. We live in an age where less and less time is spent at the dinner table discussing these different points of view. The Debate's mission is to bring people together to share a glass of wine to discuss and debate just as our team does.

Jean Hoefliger and Rob McKay came together with the idea of creating something different. They wanted the opportunity to build a platform representative of their beliefs. Wine plays a major role in bringing people together who may have different points of views in our subjective world. Whether they are debating politics, sports or wine, our duo consistently brings together a mutual respect for the art of conversation. This is of course with a glass of wine in hand and a barrel of laughs.

Artalade Vineyard is a portion of the Montanga Estate located on Pritchard Hill, neighboring famous estates such as Colgin, Chappellet and Tusk. Pritchard Hill is known for its volcanic and iron soils with a hint of clay. Artalade sits in a unique geographical part of the “hill” perched at the edge of the Vaca Mountain Range at 1,100 feet in altitude.

Sacrashe Vineyard is perched in Rutherford on a plateau above Auberge du Soleil and is known by many for the single vineyard produced by Hall and the great wines of Sloan. The site overlooks Georges III Vineyard in Rutherford at 800 feet of altitude. Sacrashe Vineyard sits on one of the most distinct soils we’ve ever seen. The earth is so white due to the chalk that it cannot be confused with any other site in the Valley

Denali is west to southwest facing St Helena vineyard overlooks Joseph Phelps Vineyard at about 500 feet of elevation. The gravelly and sandy loam vineyard is shared between renowned winemakers Michel Rolland, Celia Welch, Phillipe Melka, Thomas Brown and ours truly Jean Hoefliger. It is the warmest and earliest ripening Cabernet Sauvignon site with a beautiful terraced vineyard that produces small, concentrated berries with a lot of personality.

Bettinelli’s Sleeping Lady Vineyard is located on the southern tip of the Yountville foothills in the alluvial Mayacamas Bench. The vineyard is named for the distinctive foothills behind the property, which look like a woman laying on her side. The Bettinelli Family are innovators in the farming community, embracing cutting edge technology allowing us to track photosynthesis activity, vine stress levels, and phenolic evolution throughout the year. Sleeping Lady is the coolest and most elegant of our sites due to the bay influence paired with its alluvial soil.

The fabled Beckstoffer To Kalon Vineyard is nestled on the warm valley floor, cultivating a remarkable Cabernet Franc with granular tannins and a full-bodied mouthfeel. The biggest secret of To Kalon is its acidity. Due to its location on the west side of the Valley tucked against the Mayacamas Mountain Range, the setting sun hides behind the mountains early in the day which protects the acidity content of the berries. With a mere 10% of Cabernet Franc planted at Beckstoffer To Kalon, THE DEBATE is excited to share this expression of the varietal.

Stagecoach Vineyard is the largest contiguous vineyard in Napa Valley. The 1,100 acres of rocky, volcanic terroir extend from the southern edge of Pritchard Hill overlooking Oakville to the westernmost regions of the Atlas Peak appellation. Our Cabernet Franc block is located at the furthest northwestern block of Stagecoach at an elevation of 1,500 feet. The terroir is known for its volcanic, rocky and iron-rich soil creating wines with power and density yet balanced with acidity.